Tickets are limited – secure yours now.

Young people who experience disadvantage are all too often invisible.

Their stories are twisted and played with by politicians, their images reshaped and splashed across the front page of newspapers.

The stories of young people who spend time in care, are involved in youth justice, or end up homeless, rely on labels and stereotypes.

But don’t take our word for it – let’s take a step back and hear it from them.

#OurCall is for young people to take their stories back.

For young people to tell their stories how they see fit. Taking away the “sector speak”, peeling off the labels, and telling the world what’s really going on.

#OurCall is from young people who have seen it all, and are ready to tell the world what worked, what didn’t, and how we could do better.

This event will be held on Wednesday August 8 at Footscray Community Arts Centre from 9am – 4.30pm. Secure your tickets now. 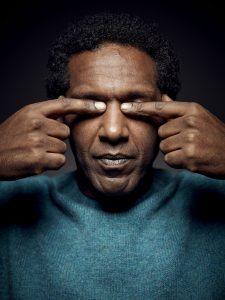 Lemn Sissay MBE is a poet, playwright and occasional broadcaster.

He has read poetry all over the world and was awarded an MBE for services to literature by The Queen of England.

He is the Chancellor of The University of Manchester and was the first poet commissioned to write for the London Olympics.

He is a regular contributor to radio and TV and a prolific speaker, inspiring audiences on a daily basis across the globe. Google ‘Lemn Sissay’ and all the returning hits will be about him. There is only one Lemn Sissay in the world.

Lemn Sissay will only be making a few appearances while in Australia, including Our Call and the 2018 Bendigo Writers Festival.

Further speakers for Our Call will be announced in the coming weeks. 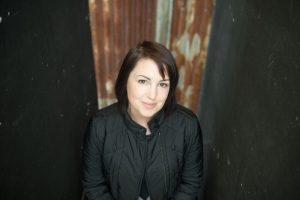 Eleni Hale’s debut Stone Girl was published through Penguin Random House (May, 2018). It tells the story of one girl’s journey through institutional care.

Eleni was previously a reporter at the Herald Sun, a communications strategist for the union movement and has written for many print and online news publications.

Her short story Fig was published as part of the ABC’s ‘In their Branches’ project and she has received three Varuna awards. She lives in Melbourne and is currently working on her second book. 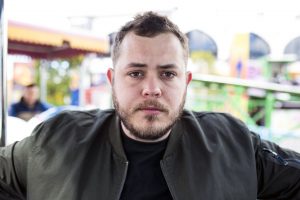 There are few voices in comedy as unique and potent as Corey White.

In 2014, Corey performed his debut stand up show The Cane Toad Effect – a staggeringly personal story of his experience growing up in foster care, surviving domestic violence, recovering from drug addiction and dealing with mental illness. He garnered critical praise and won Best Show at the 2014 Sydney Fringe and Best Newcomer Award at the 2015 Melbourne International Comedy Festival and Sydney Comedy Festival.

He was later profiled on ABC TV’s Australian Story, shining a light on his and his sister’s experience growing up in the foster care system and the path that took him all the way to the 2015 Edinburgh Fringe. In late 2016 he was selected to have his show recorded as part of the ABC Next Gen comedy series.

In 2018, Corey White’s Roadmap to Paradise, a series created by Corey for the ABC, will finally solve all the world’s problems while continuing to advocate for change for kids stuck in our dysfunctional foster care system.

He is also very funny.