Royal Commission: It is not enough to say this can never happen again 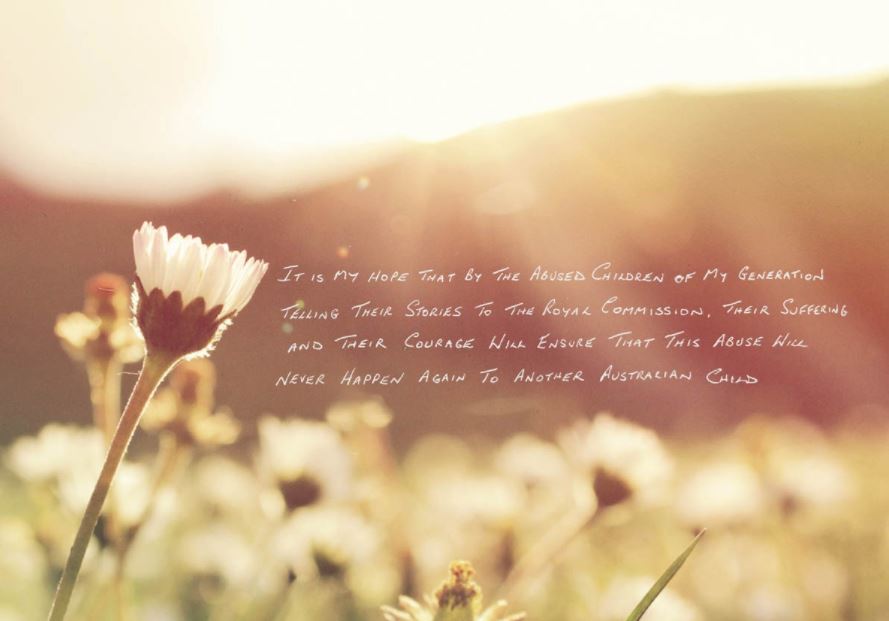 In December 2017, the Royal Commission into Institutional Responses to Child Sexual Abuse handed down its final report. In four years, more than 6000 people have come forward to tell their stories. As a country, we have taken the courageous step to shine a light on a culture where abuse was tolerated for decades, and perpetrators were enabled.

The steps taken by the Royal Commission are part of a wider cultural change. Just as family violence was once seen as a private matter, Australia has always held strong to the idea that children should be seen and not heard. The voices of survivors are now being projected loud and clear, and the country is listening.

It is no longer good enough to say: this can never be allowed to happen again.

Governments, organisations, institutions and individuals all need to reflect on the evidence and stories from the Royal Commission, and take action. The safety of children is everyone’s responsibility.

The Royal Commission has shown us that the stories of children matter. Now adults, many of the survivors who bravely shared their stories have been holding onto that pain for decades, with some waiting 60 years to speak openly about the abuse they suffered as children. We must not only listen to children, we must act. Giving survivors a voice and a formal acknowledgment is just the beginning of justice for those who have experienced institutional abuse, and who have felt invisible for decades.

“For children and for the sake of the truth, the message needs to be clear that you don’t have to keep people’s secrets. That’s the only way things will change,” one survivor told the Royal Commission.

It is important to acknowledge that the care of children has not always been seen as a priority. In many of the Royal Commission cases, the reputations of adults were favoured over the care of children. Australia accepted a minimum standard of care for children, and turned a blind eye to unrest. Those who cared for children were not subject to review, were not challenged or reported when it mattered most. We refused to hear the voices of young people.

‘Everything went on as though nothing had happened, and it didn’t help that the community thought we were lying…I didn’t know what was wrong with me until years down the track.’

After the stories and survivors of the Royal Commission leave the public and media spotlight, we must ensure that steps are taken to ensure a national and sustainable response is put in place that is far more than simply ticking boxes.

It is time to move towards broader cultural change; where governments fund the care of children at full cost, where carers are supported, where children are prioritised in state and federal budgets. Policies like compulsory Child Safe Standards and the Reportable Conduct Scheme are beginning to drive change in Victoria, with organisations now held to account in the way that they prevent, detect, respond and report child abuse. But that should only be the beginning.

This year, the federal government announced a redress scheme, as recommended by the Royal Commission. While redress is both vital and welcome, the proposed scheme is not good enough. The scheme is not compulsory, meaning states and territories can choose to opt out. The South Australian government has already suggested that they will not be involved. The optional buy-in also applies to the institutions at fault; meaning that, if an institution that held perpetrators does not sign up, their victims may not receive compensation though the redress scheme.

A non-compulsory scheme could leave some survivors with nothing. Findings from the Royal Commission highlighted time and time again that access to counselling and a direct personal response from the relevant institution can have a huge impact on a survivor’s recovery. Yet if this proposed scheme goes ahead, equal redress is unlikely to apply to survivors across the board.

Survivors deserve a redress scheme that is national, transparent, easy to access and available to all victims of institutional child abuse. We cannot have a process more difficult for those who have already been failed by the systems and institutions that should have protected them.

The Royal Commission has equipped Australia’s decision-makers and institutions with first-hand accounts, information and warning signs. The recommendations made by the Royal Commission must be acted on. We have a duty to not only protect and care for young people and children, but to ensure that they are heard. The stories of the survivors are no longer secret.